Mixing up your Stream!

Today I want to direct your attention to a 1 year old streaming platform Mixer.com! Mixer.com (formally know as Beam) was purchased in August of 2016 by Microsoft and shortly thereafter was integrated into Windows 10 and Xbox One. On May 25th Beam was relaunched with its new name Mixer. 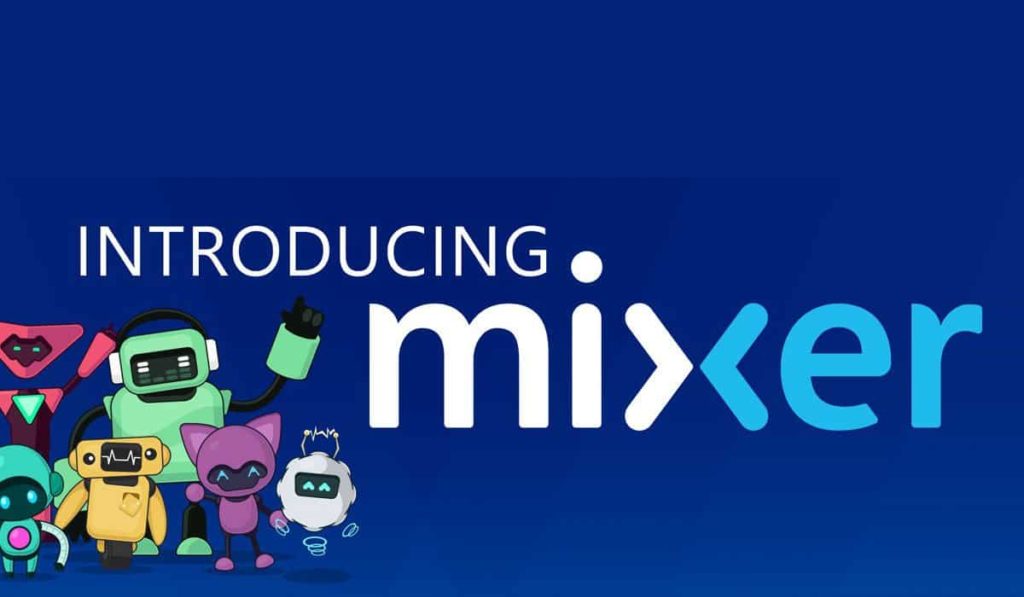 Now that the boring stuff is out of the way…

So, I am sure many of you are asking yourself why in the heck do I care about a streaming service. Well because this nerd right here is about to embark on an epic journey of nerdiness by throwing his jester hat into the ring of streaming. I have been playing around with this idea for some time and last week started to stream live on twitch.tv and uploading those streams to my YouTube channel.

As I delved deeper in to streaming I found another site I could stream to and it was called Mixer. I decided to check it out and created an account and what I found was a very welcoming and tight knit community that is supportive of new comers.

I decided to start streaming to Mixer, Like my Mom always told me “Never put all your eggs in one basket.” so what the heck right?  I still wanted to stream to Twitch.tv  so I started digging around to see what it would take to stream to both platforms and found a website that allows me to stream to multiple sites at the same time called restream.io. I quickly setup an account and configured my streaming software so I could do just that. On June 2nd I streamed my Aion Online game play live to both sites without a glitch.

By this time, I started watching more and more streamers on Mixer than the other guys… what was their name… oh yeah Twitch. I started asking Mixer streamers on how to build my base and the majority of them said I need to concentrate on one platform. When I asked them why they choose Mixer they all said they felt more at home, that the community was awesome, and more room for follower growth. After I digested all their feedback I decided to concentrate my efforts and build up my following on Mixer and YouTube but still stream to Twitch just to keep that account active.

Blog me a river…

I was contemplating what I should write as my first “official” blog and after thinking about it I figured running a blog is a pretty nerdy thing to do so why not write about that!

When I decided to start this blog I had no idea on how much work it was going to be. Now do not get me wrong I am committed to the success of talkingnerdy.org. I was just under some silly misconceptions on what it takes to get one up and running and recognized. How much work you ask? Well it all depends on what it is you wish to use it for. If you are using it as a journal or diary then there is very little to be done past setting up a account on your blogging platform of choice and sending a link to everyone you wish to share it with.

However if you strive to fulfill your narcissistic desires of conquering the world then there is much much more to consider, create, and implement.

As you can see there is a lot of work that goes into a successful blog and I hope Talking Nerdy finds just a little bit of success.

Until next time Nerds! For the Horde!
Richard Keen, Jr.