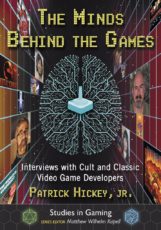 It has been a long time since I have found something that inspired me to post here. That is until now, as many of you know I have a passion for games of all types (That is what makes me Nerdy right?). In June of 2018 I decided I was going to start a YouTube channel and begin streaming my game play, not to get rich or be famous but as an outlet for my creative nature.

The last few months have been an adventure of ups and downs and I do not regret a moment of it. But after being inactive for the last few months I threw my (fox) hat into the content creating ring once again and found the spark that I so carelessly dropped. I started to post videos to my YouTube channel and re-branded all my sites to reflect my re-commitment to what I know now is my therapeutic mental outlet.

The one thing I knew I must bring back to life was this blog. It was my first venue I created to share my love and passion of everything “Nerdy”. The question was where to start… Well that is where Patrick Hickey Jr. takes center stage. While I was doing my usual support of retweeting and posting things to my twitter feed I received a message for Patrick asking if I did interviews on my YouTube channel. I thought about it and even though I was unsure if I had the chops to actually do a video interview, (I did consider it) I knew I had one venue that I could us that would be great for such a venture and it was just waiting to be revived.

I private messaged Patrick and asked if he would be willing to allow me to interview him for my blog instead. I was pleasantly surprised that he agreed.

Below you will find my interview about his book “Minds Behind the Games”. This tomb is filled with interviews of the creators of 36 popular video games of the past and their stories of how they overcame obstacles and challenges to fulfill their passion and produce some of the most classic games titles of our time.

As with anything in life sometimes we need to look back at our past so our path to our future is clearer. And that is what the reading of this book and interview has done for me, and is what I believe his book does for the game developers of today.

Nerdy:  What was your inspiration in writing this book?

Patrick Hickey Jr.:  I was 33 and had a pregnant wife. I had been writing for newspapers, websites, blogs and magazines for over a decade at that point and was super hungry to try something new. I sat in my manacle one night and realized I didn’t want to be one of those parents with regrets. So, I started emailing developers I had interviewed over the years and contacting new ones. Within a few days, the pieces started coming together and a month later, I had a book deal. That notion that it was so “easy” pisses off a lot of people I know, but truth be told, I wasn’t exactly a first-time author. I paid my journalistic dues in blood and have taught the subject for over a decade, too. This, if anything, was my coming out party. For me to show the world what I was capable of if I had more time, more space and a chance to create my own vision.

Nerdy:  What do wish to achieve with the writing of this book?

Patrick Hickey Jr.:  I want there to be far more transparency in retelling and history of the art of game development. Gamers think they know so much about the history of the medium, but there are so many untold stories out there. I want there to be no reason for a gamer to ever go on Wikipedia to find out sexy stories on their favorite games. As a result, it’s my quest to get to as many developers to share their stories so readers get to see how much, time, energy, passion and fortitude is needed in order to create a game.

Nerdy:  How many Games / Developers do you feature in this undertaking?

Patrick Hickey Jr.:  36 games are featured in the first book, but dozens more are mentioned and alluded too. As far as sources, over 50 on the record and almost just as many off-the-record for background and color.

Nerdy:  Being International Women’s month how many of them were women? Have you noticed a decrease/increase of women developers in the industry?

Patrick Hickey Jr.:  About five-seven developers featured are women and that was mainly because most of the games featured in the book are at least 20-years-old. As far as a rise in female developers, absolutely, and I think that’s great.

Nerdy:  How has the social media culture improved/hindered the gaming industry? Is there a way to use it as a benefit and or is there a way to push through that mountain of information it has created?

Patrick Hickey Jr.:  Mountains of information is absolutely correct, but you have to understand that there was once a time when games got zero publicity. You can’t have it either way. There’s no middle ground right now. But just give it time- the industry is still in its infancy compared to music, film and literature.

Nerdy:  Who are the top three developers that you feel have best kept the passion in their game creating in your opinion?

Patrick Hickey Jr.:  Super tough question. I think all developers have a plethora of passion. You can’t be one without it. However, if I had to pick three, that I’ve interviewed for the first book and my next two books in the series, I’d probably tell you, Michael Brook, who did a host of sports games for EA and Sega in the ‘90s and played a huge role in the development of the genre. He also was a producer and designer on NHLPA 93 and NHL 94, my two favorite hockey games away from NHL Face-Off 99 and NHL 2008. Howard Scott Warshaw, the creator of Yar’s Revenge is super charismatic and has this deep, thought-provoking mind that understands how games are supposed to make people feel. Every time we speak is like a learning lesson for me. The last would be Tony Barnes. He’s been in video games for over 30 years and he’s the industry’s best kept secret in my opinion. So many great stories. So energetic. But in the end, that’s not really fair. Over the course of writing this book and the next two editions, I’ve learned something from every developer I’ve spoken to. Not one jerk in the lot. That says a lot about the people involved in this industry.

Nerdy:  Do you think publishers (Activision, EA, etc.) have hindered the creative inspiration/passion in gaming development?

Patrick Hickey Jr.:  Now, possibly. But in the ‘80s and ‘90s? Absolutely not. EA was a magical place back then. They made dream concepts a reality. The same thing goes for Activision. They put the developer first and tried to make them the marketable entities they deserve to be. Without the contributions of these companies, there may not be an industry today.

Nerdy:  Currently most developers/publishers release unfinished games under the guise of betas/demos, how has this effected industry? Is this necessary in the current fast paced digital landscape? Does this culture lay at the feet of the developer or publishers?

Patrick Hickey Jr.:  I’m not a fan of things like Steam Early Access and Betas, but they do serve a wonderful purpose in connecting players to games and developers before they are released. Some games never make it out of Beta- and for that reason. Think of it as another version of quality control. One the industry desperately needs.

Nerdy:  What are your thoughts on DLCs content? Is this a product of developers/publishers releasing a game too early due to the current culture or a way to prolong the viability of their titles?

Patrick Hickey Jr.:  DLC have existed in other forms, dating as far back as the late ‘80s when companies the likes of EA would release “data disks” to update their Earl Weaver Baseball series. Big difference between patches and DLC BTW. DLC add existing content, patches fix and correct issues. Not a fan of the Patch Nation the industry is now, but DLC are cool.

Nerdy:  Have microtransactions effected the gaming culture? Are they needed in the current climate in your opinion?

Patrick Hickey Jr.:  Yes they have and as you know, in the case of The Star Wars franchise, nearly ruined it. I don’t think they are needed, at all. And the issue is, you create a situation where someone has to pay to be able to advance in a game or get a character, they wouldn’t be able to access otherwise. I am all for paying for all of the game’s content upfront over playing a free game I have to invest in.

Nerdy:  What are your top 5 games you have fond memories of? Which ones would you love to see reborn to harness the power of current consoles and PCs?

Patrick Hickey Jr.:  Super tough question, but here we go. Pokémon Blue, Super Contra, Wonder Boy 3: The Dragon’s Trap, NHL 94 and probably Final Fantasy VII. As far as remakes go, not a fan of games being remade. I want to remember the initial experiences I had and have new ones, with new IPs.

Nerdy:  If you had a time machine what would your words of wisdom be to game developers as a whole? Who would you seek out first?

Patrick Hickey Jr.:  I think that’s the reason why I’m writing these books. I don’t want to go back in time, I want to talk to these people now, before it’s too late. The things I’ve gleaned from all of these experiences is that passion isn’t always contagious, and these developers and their works of art are worthy of discussion from both an entertainment and more importantly a scholarly perspective. If I had to go back in time, I’d tell all of these developers not to give up- the world needs you.

Hickey is a full-time Lecturer of English and Assistant Director of the Journalism program at Kingsborough Community College and is the Founder and Editor-In-Chief of ReviewFix.com. He’s also a former News Editor at NBC Local Integrated Media and National Video Games Writer at Examiner.com where his work was mentioned in National Ad campaigns by Disney, Nintendo and EA Sports.

He is now diving into voice acting, Hickey is now starring as the voice of the main character of the upcoming Shotgun with Glitters Survival Horror video game, “The Padre.” Dedicated and passionate, Hickey is eager to share his unique vocal talents on interesting projects. Add in his experiences as a journalist and educator and he’s a unique talent ready to make a great project, greater.

I want to thank Patrick for taking time from his busy schedule to answer my questions. This was super fun!

If you are interested in reading this awesome book you can purchase it here! http://patrickhickeyjr.com/minds-behind-games/