Mike Mearls just posted on Dungeons & Dragons website “Feats of Game Design” post. He gives us a  list of all the feats that will be in the Players Handbook!

Wes Schneider over at Paizo just blogged about this! If you love Pathfinder and you love science fiction then this Players Companion is for you!

I sat down for lunch at my local Subway today and what did I see on my table? It was a promo of the new SyFy movie “Sharknado 2”.

I enjoyed the first one more than I should have. So when I saw the placard I was wow they actually making a 2nd one! I then turned the placard around and who did I see? None other than Jared and he is holding a shark with his mouth wide open like he is going to take a bite out of it. But what caught my attention was what was above his head “Watch Jared “the Subway Guy” in Sharknado 2!” I can only take this as he is going to be in the movie portraying himself.

This begs the question… What species of shark is going to take Jared out? I guess we will have watch on July 30th and see!

Wizard of the Coast has been releasing preview pages for the new 5th edition Players Guide. Below is what they have released at this point. So enjoy my D&D nerds!

I have to say that dwarves are one of my favorite races to play. The hammer wielding dwarf above is pretty awesome!

This is not the Planescape Teifling that you remember…. This is one of the 4th edition hold outs.  I may have to create my own in homage to Planescape, that is if WotC does not.

Backgrounds are a nice way to give players a way to add flavor to their characters. I am curious how many veteran players will op to use this part of the Players Guide.

I like the artwork for the most part I will post a full review once I get my little hands on it.

That is the question a lot of Dungeons & Dragon’s fans are asking themselves.

Just to give you a little background about my gaming history I started really playing D&D with the 2nd edition rules and embraced 3rd edition when it came out. I do admit grumbling pretty loudly when they decided to release 3.5. I mean it did fix a good deal of the issues with 3rd edition, but I had just bought the core rule books and found it pretty frustrating.

So when Wizards of the Coast announced 4th edition a few years later I was pretty peeved, I had spent hundreds of dollars on books they were no longer going to support. I felt betrayed and angry and that is the truth. Like so many others D&D fans I kept on playing using 3.5 rules and purchased 3rd party content from companies that loyally supported it. I looked at the 4th edition a few time but I just was not feeling it. I am sure it was due to me feeling resentful that WotC was trying to force me to buy new set of books.

When WotC decided 4 years after 4th editions release they were once again going to develop yet another version I thought to myself. “Man I’m happy I did not buy into 4th edition!” But the more I heard how they were going to go about creating 5th edition the more intrigued I became. I took it as a good sign they were going to allow the public to play-test it and take the feedback and create a system the public wanted to play. I casually looked at some of the play-test content over the last couple of years and saw that it was given some nods to the earlier versions. I was pleased to see they were listening and acting on what the public was asking for.

I downloaded D&D Basic Rules the day they released it. It is free by the way! I also went to my local gaming store and picked up the D&D Starter Set. Having both allowed me to look at character creation, the campaign construction, and creature stats blocks. I am not going to bore you with all that was in the box or or page count. I am pretty sure most of you already know that information. If not please check out the links above.

Basic Rules:
My first impression…  Basic Rules are devoid of customization. For example if you have a level 20 fighter he or she is pretty much the same as any other level 20 fighter. The only difference is what “racial increases” your chosen race gives you, the extra ability score points you earn as you advance in levels, character background, and the spells you choose (if you choose a caster class). The races you can pick from are dwarf, elf, halfling, or human and classes are cleric, fighter, rouge, wizard. The Basic Rules contains everything you need to play any race/class combination up to level 20.

It is a great introduction to Dungeons & Dragons but the rules are so basic it is vanilla. For those of us that love to customize our characters we will have to wait until the Players Handbook is released next month for Feats and Multiclassing.

Starter Set:
This box-set is even more basic than the Basic Rules and only gives you enough information to level a character up to level 5. The set of dice are pretty nice… I mean what gamer will complain about having more dice? The most important items in the box (yes over the dice) are the adventure book Lost Mine of Phandelver and the pre-generated character sheets. With those in hand you can sit down with some friends and start playing in a matter of minutes. I do reiterate that this is just as vanilla as the Basic Rules. However the adventure is pretty cool and will take a party of level 1 characters up to level 5.

I am sure the Dungeon Masters Guide will lend some new and interesting rules to make game play even more interesting.

Conclusion:
All in all the rules felt very familiar to me and any kept from 4th edition are hardly noticeable. Yes both the Basic Rules and Starter Set are very basic but they allow you to do one very important thing. They allow you test drive 5th edition without throwing a bunch of money at it. For that I say well done WotC!

So back to the question at hand 5E, or not to 5E? I have not made my mind up just yet but you have my attention WotC. I will need to look at the Players Handbook at the very least before I make my final call.

In closing seeing the two big Ds with the dragon headed ampersand in between them brought back some very fond memories of friends I have had the privilege to sit around the table with.

Will this post is for you… I miss you… Branko on the other hand… well, maybe a little.

When is a house to haunted to sell?

This independent film looks like a hoot. I watched the trailer and it looks pretty darn spooky…. ahem…. in a goofy sort of way.

If you are like many Rainbow 6 – Vegas fans you have been chomping at the bit for more information about the next installment of the franchise. With a very action packed video at E3 Ubisoft started their campaign to stir up the excitement for Rainbow 6 – Siege, which slated to be released late next year. 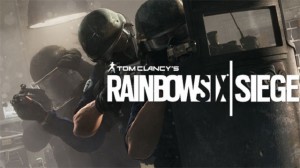 Today Ubisoft is having a live broadcast at 11am pdt to show off a bit more of what we can expect.

Why not head on over there and check it out and when you are done leave a comment on what you thought!

Into Darkness with the Doctor…

This week the teaser trailer for the 8th season of Dr. Who was released. Let’s be honest how can they go wrong with a huge T-Rex stomping through downtown London? Not to mention was that a new and improved cyberman?

Will you be heading “Into Darkness” with the 13th Doctor on August 23rd?

I am hoping that “The Age of Ultron” is as good as this cover of Entertainment Weekly looks….

Ant-man (Henry Prim) was the creator of Ultron in the 1960’s comics. I can look past the fact they are going rewrite history and have Tony Stark do the deed.  I was truly concerned that they were going to have Jarvis turn evil and become Ultron. That would have made me a tad pissy!

Blog me a river…

I was contemplating what I should write as my first “official” blog and after thinking about it I figured running a blog is a pretty nerdy thing to do so why not write about that!

When I decided to start this blog I had no idea on how much work it was going to be. Now do not get me wrong I am committed to the success of talkingnerdy.org. I was just under some silly misconceptions on what it takes to get one up and running and recognized. How much work you ask? Well it all depends on what it is you wish to use it for. If you are using it as a journal or diary then there is very little to be done past setting up a account on your blogging platform of choice and sending a link to everyone you wish to share it with.

However if you strive to fulfill your narcissistic desires of conquering the world then there is much much more to consider, create, and implement.

As you can see there is a lot of work that goes into a successful blog and I hope Talking Nerdy finds just a little bit of success.

Until next time Nerds! For the Horde!
Richard Keen, Jr.